Smart Meter Radiation & Distance: How Close Is Too Close?

If you’re concerned about smart meter radiation, distance is your best friend.

Let’s talk about why:

In the past, professional meter readers would visit your property to find out how much electricity or gas you’ve used. Now, utility companies are switching over to “smart” meters that simply transmit the information themselves.

You’ve heard stories about how microwaves and cell phones cause health problems, right?

Well, the same thing is being said about smart meters that emit similar types of radio frequency and microwaves.

This is the smart meter cover I recommend to all my clients: 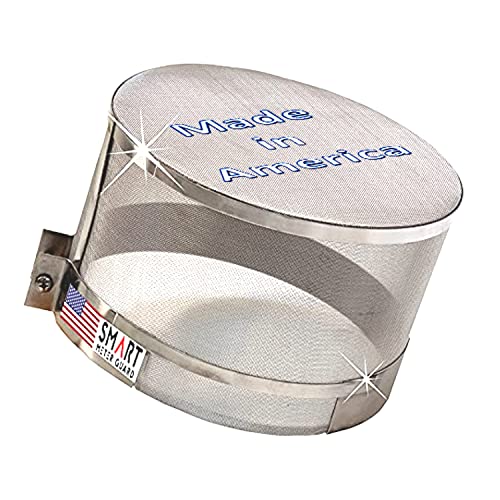 While there is no question about that, there are still questions about the effects that these frequencies and microwaves have on the body.

Still, there’s one thing not up for debate:

Overexposure to such radiation is dangerous.

Luckily, radio frequencies and radiation weaken with distance, so if you are forced into this equipment, distance should be your top priority.

Why Smart Meter Radiation Is a Concern

When utility companies defend their smart meters, they’ll often compare them to cell phones in terms of radiation output, but the similarities between these two devices are the actual concern.

Smart meters give off the same kind of radio frequency (RF) waves that cell phones do, but studies show that the radiation from smart meters is even stronger.

Smart meter radiation also exceeds that of microwaves and other common devices, but the difference is that smart meters don’t get turned off.

The fear is that the extra exposure is throwing off bodily functions and breaking down DNA among other things.

EMFs are said to knock calcium ions off of cell membranes, for example, which can result in a lot of different health effects.

Smart meters are said to emit radiation potentially thousands of times a day, so if the concerns about EMF are legitimate, it’s no wonder smart meters have become a part of the discussion.

The biggest health concern, though not exclusive to smart meters, is cancer.

The International Agency of Research on Cancer (IARC) called RF radiation a possible carcinogen, as did the World Health Organization (WHO), meaning they think it might cause cancer.

Other possible symptoms related to smart meters include:

Why Distance Is Important

How much RF radiation people are exposed to depends on where the energy is coming from, and distance plays a huge role.

Smart meters are located outside of the home, so people already have walls to separate them. That’s more than can be said about cell phones, which most people carry with them all day long.

Still, having the meters outside doesn’t eliminate exposure, and the further away one can be, the safer it is.

This is because EMFs get less intense as a person gets farther away, and the decrease in radiation is pretty rapid. Some electromagnetic fields will fall to as low as 1/8th of their original intensity at just double the distance.

This is why there has been such a concern over cell phones, which are held closer than any other radiation-emitting device or appliance.

Still, the smart meters are right at home, and if they emit stronger radiation, the distance may not be adequate in some cases.

What Is a Safe Distance From a Smart Meter?

So, what is a “safe” distance?

The right distance can depend on a few factors. Radiofrequency obviously travels far, which is why it’s used for communication such as this.

Walls and other obstructions make a difference, but in general, it’s recommended that you maintain a 40-foot distance between you and your smart meter.

If you can avoid attaching it directly to the house, you might want to do that if you are truly concerned.

Some utility companies may force homeowners to upgrade to a smart meter, and if this is the case, there are a few things you can do to reduce radiation:

For example, some people install a metal plate behind the smart meter, adding an extra layer of protection between the meter and the home.

It’s even better if this sheet of metal is grounded so that the signal is carried into the earth.

If you really want to make sure, you can measure the radiation in your area. There are professionals that conduct EMF surveys on properties, or you can purchase an RF meter that is sophisticated enough to catch smart meter transmissions (they are usually very brief).

For peace of mind protection, I suggest a smart meter cover like this one that blocks about 98% of the radiation emitted.

If you’re interested, check out our Complete Guide to Smart Meter Covers.

What Do the Experts Say?

There is some debate regarding the effects of EMFs and RF radiation, and there are studies that support both sides of the argument.

It’s a difficult thing to prove or disprove.

For obvious reasons, people are skeptical of how the utility companies report on the situation. They aren’t very open about how much radiation the devices emit, but they claim it is less than cell phones.

Scientific experts have done studies on this and found that the radiation from smart meters is actually more than cell phones and other appliances.

There are also studies that suggest frequencies from smart meters can disrupt the human nervous system. Some research has even shown that EMFs break down DNA bonds and affect calcium in the body, which are both sources of a variety of health issues.

The FCC has put limitations on EMFs, but many experts will tell you that these regulations are outdated.

Both WHO and the IARC have labeled RF radiation as a possible carcinogen, but other organizations, such as the National Cancer Institute (NCI) are less convinced.

So there is clearly some debate, but much of the evidence points to the idea that smart meters pose a threat and carry unnecessary risks.

It’s also unclear whether or not utility companies are behind any efforts to downplay the effects of their smart meters.

When it comes down to it, we are the ones who decide if and how we protect our homes from smart meter radiation.

I personally take the “better safe than sorry” approach.

How about you? Do you think you should keep a safe distance from your smart meter? Let me know in the comments below!

41 thoughts on “Smart Meter Radiation & Distance: How Close Is Too Close?”