We all want to maximize our performance and supercharge wellness.

But are fitness trackers really the way to do it?

FitBit radiation exposure is a real concern that few people know about.

Let’s change that today, shall we?

How the FitBit Works

The FitBit is a wearable fitness tracker used to track steps, sleep quality, calories burned, and more. At regular times throughout the day, they offload their data to the company website.

This fitness tracker, as with other wireless devices currently on the market, runs on Bluetooth and uses Bluetooth to connect to other gadgets.

And therein lies the problem…

FitBit Radiation: The Harm Is in the Transmission

Bluetooth is a source of EMF radiation.

The pulsing manner in which FitBits emit radiation makes the radiation travel incredibly quick, which allows it to easily penetrate cells.

So despite its fitness benefits, the primary problem with wearing a FitBit is that by doing so, you are exposing yourself to radiation on a daily basis.

Albeit, it’s very low-level Bluetooth radiation, but any type of artificial tech-related radiation is unhealthy for human exposure.

In fact, while some people claim there isn’t any problems with Bluetooth radiation, there is actually no evidence to the contrary.

No research has been done to prove that this radiation is safe for people to be exposed to, especially on a daily basis.

Because it is a type of microwave radiation that’s known to have incredibly short wavelengths and to transmit quickly in fast pulses. This type of radiation is able to easily penetrate tissue and enter human cells.

Once this occurs, it can negatively affect DNA as well as cell health.

You’ve probably heard of the risks involved in keeping a cell phone in your pocket. Well, the combination of the Bluetooth signal and the radiation given off by the phone is what makes it harmful.

While many people think using Bluetooth is a better way to handle talking on a cell phone since radiation is reduced, there are still major health problems that can occur with extended exposure.

When it comes down to it, FitBit and Bluetooth users need to keep in mind that this technology produces the same radiation as a microwave, just at a different level.

Having the source of this form of radiation right by your body is dangerous and can result in extended exposure to EMF radiation.

Even though you may not feel its effects immediately, it can have devastating consequences years down the road.

Special Note: I do think it’s important to point out that there is false information floating around about Fitbit models being recalled due to radiation risks. That is simply not true. NO recalls have been issues due to EMF exposure.

Check out our highest reviewed fitness trackers without bluetooth here!

A few models like the FitBit Blaze and Charge have more user complaints than others. Let’s look at a few:

The FitBit Alta is one of the smaller FitBit models. Unfortunately, some people believe that its smaller size means it won’t produce as much radiation.

Even though the Alta is small, it still produces radiation, which can cause health problems for people wearing it.

Users have reported that wearing an Alta made them feel dizzy and affected their pulse, causing it to become erratic. This tiny wearable tracker has been linked to skin rashes as well as difficulty sleeping when worn at night.

A larger Fitbit model is the Charge. This popular Fitbit tracks steps, movement, calories burned, sleep, and even heart rate. Newer models of the Charge are waterproof, which means they can be worn while swimming to track calories burned.

People wearing the Charge have experienced slightly different problems than Alta users. For instance, the Charge is notorious for shocking users – not only when the device is worn, but also once it’s been removed via static electricity when touching something.

Other FitBit Charge users have reported that the device burned their arm, leaving a noticeable mark on the skin.

Finally, the Aria 2 FitBit Scale seemed like an answer to prayer for those looking to easily track their health. This scale tracks trends and shows users their body weight, BMI, lean mass, and body fat. 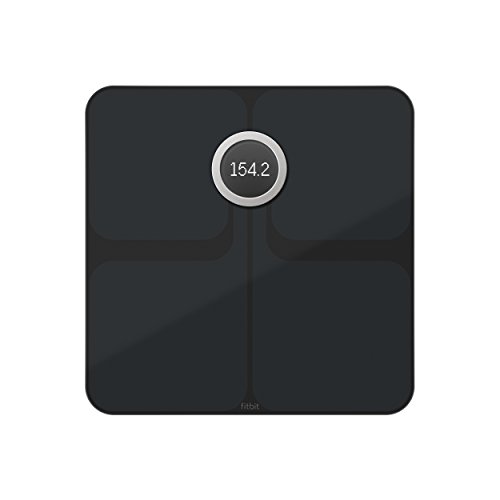 It syncs wirelessly so that it offers real-time information about your health when used while offering the ability to track up to 8 users.

Unfortunately, even the FitBit scale has some problems. The Aria scale relies on EMFs to check the body and scan it.

Even though the scale isn’t used all the time like wearables, it still produces radiation that’s concerning. Some users have found that they are lightheaded and even fatigued after stepping on the scale.

Since the scale isn’t recommended for children who are under 10 years of age, pregnant women, or people who have an implanted medical device, it begs the question….

If it’s not safe for the most vulnerable among us, is it safe at all?

It’s interesting to note that the users who experienced symptoms reported that they didn’t feel better until hours later.

One complaint that has surfaced among FitBit wearers is a skin rash. While radiation isn’t the purported culprit in this situation, the fact that it has caused skin issues can’t be argued.

Users have reported experiencing deep tissue pain that they believe is linked to wearing the tracker. While there’s always concern about wearing the band too tight or simply being allergic to materials used, some users claim the cause is not that.

While the company admits there have been skin burns after wearing a FitBit, the company believes the rashes are due to the band being tight or there being an irritant under the band.

Soap, water, or sweat under the band can cause a rash or burn on the wrist.

However, another likely possibility is Toasted Skin Syndrome.

This skin condition is caused by exposure to heat that’s allowed to be near or directly on the skin.

Other devices that cause toasted skin syndrome include electric blankets, heating pads, and even standing too close to a stove, hot oven, or open fire.

Some users have reported that wearing a FitBit causes pain in their arm. The source of such pain has still not be been definitively identified.

One theory, of course, is the radiation output. A very small percentage of the population is sensitive to these signals and should not use Bluetooth equipment, including an ear piece or a FitBit.

The radiation produced by a FitBit can cause inflammation in some people and may even damage the nervous system. Patients who suffer from arthritis and deal with daily stiffness and pain can have their symptoms magnified.

Simply removing the FitBit, along with other sources of radiation, is a great way to deal with this problem and reduce related inflammation and pain in the body.

What the Makers of FitBit Have to Say

Of course, the manufacturers state that FitBit safety is their number one concern, and as such, they are responsive to questions from their customers.

They believe that fitness tracker radiation is minimal and that people don’t need to worry about related side effects.

Since the power output from a FitBit is incredibly low, under 1% of a cell phone, the makers believe there is little evidence of a problem caused by their equipment.

Additionally, since FitBit trackers aren’t worn near the head like Bluetooth headsets, they don’t pose the same potential risk.

Finally, FitBit manufacturers rely on research that has been performed on Bluetooth radiation and how much is dangerous for humans.

Most studies agree that it is safe for humans to be exposed to the low level of radiation that FitBit products produce.

Since radiation produced by these Bluetooth devices is between 800MHz and 2 GHz – an acceptable range by the FCC – they believe any effects would be negligible.

The only problem with that is the fact that there are hundreds of researchers who disagree with electromagnetic radiation levels deemed acceptable in the United States.

Want to track your stats without the harm? Read our bluetooth-free fitness tracker roundup here!

If I turn off automatic syncing, will that reduce my radiation exposure?

In theory it would. However, as of 2019, most FitBit models do not offer the option to turn syncing off. It’s pretty much always searching for devices to connect with.

What is the exact Fitbit radiation exposure level?

Do Fitbit watches cause cancer?

The short answer is no. The long answer stems from the fact that cancer is caused by a cascade of events. Since cancer often festers silently for months or years before being detected, it would be very hard (impossible even?) to pinpoint it to a single thing like a FitBit device. So no, fitness trackers like the Fitbit do not directly (and alone) cause cancer.

Can fitbit cause numbness?

Even FitBit’s legal safety instructions admit that it can cause numbness, but that’s usually because it’s being worn too tight or mishandled in some way.

Is it safe to sleep with your Fitbit on?

Even though there’s not much research on EMFs currently, what little has been done indicates that it interferes with the body’s natural sleep cycle. For this reason, we don’t think it’s a good idea to wear a Fitbit while you sleep. Not to mention, a lot of people sleep with their hands under their pillow or near their heads, which exposes your brain to a higher level of radiation.

When it’s all said and done, you are the only one who can decide if FitBit radiation is something you should be concerned about. Maybe the benefits outweigh the cons for you.

Or maybe, like me, you’d rather avoid the risks all together.

Before I sign off, I think it’s important to realize that it’s not just fitness trackers that pose this type of risk.

Even our children are endangered by smart devices like the Owlet Smart Sock.

And don’t even get me started on smartwatch radiation.

We just need to learn how to live with it the safest way possible by minimizing exposure, maximizing distance, and putting certain protections in place like shields and blockers.