I want to address an issue that’s come up due to false advertising.

They involve supposedly “anti-radiation stickers” that you put on your cell phone.

People are quick to purchase these things because they’re said to be easy, efficient, and cheap ways to shield yourself from RF (radiofrequency) radiation.

If you’re looking up info on EMW stickers, then you’ve probably seen the ads…and probably on Facebook.

What Are EMW Stickers?

So EMW stickers are adhesive patches that claim to protect users from the effects of those electromagnetic waves. 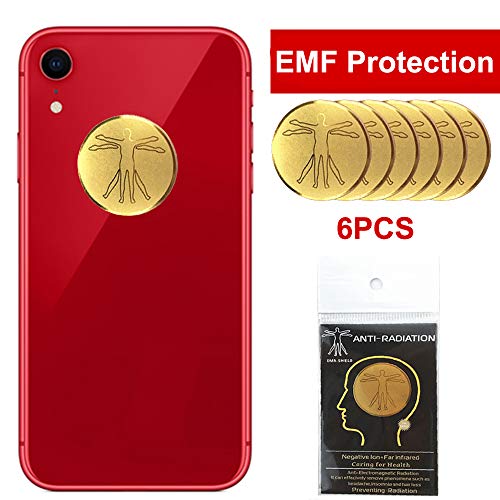 They can be placed on electronic devices such as tablets, computers, or any equipment that are potential sources for electromagnetic radiation.

But this is a complete hoax.

In 2002, the US Federal Trade Commission (FTC) debunked the myth of EMW stickers by charging several manufacturers of the product for making false claims.

The FTC emphasized that these patches have no scientific basis or research-related evidence.

Now I’m not one to take what the FTC says as fact – there’s way too much corruption for that – but in this case, they’re spot on.

In fact, such stickers can have the opposite effect of what its ads claim to do.

Instead of being protective materials, they can interfere with your phone’s function.

When this happens, your phone has to boost its power in order to communicate effectively.

As a result, the phone increases the amount of radiation that it emits, exposing you to higher, more dangerous levels.

Now let me explain where I said that they work a “teeny tiny bit.”

Anti-radiation stickers can only protect the tiny area that it covers.

Imagine a sticker the size of a fingernail – that’s the only area that’s being “shielded.”

So if you have a 1-inch sticker on the back of your phone, only that portion of your device is shielded from the radiation.

But if you look at how electromagnetic fields work and how cell phone radiation is absorbed by the body, you realize how truly useless EMW stickers are.

Apart from the tinnyyy area covered by the sticker, you’re still being blasted with radiofrequency radiation coming from all other areas, sides, and angles of the device.

How Do You Remove EMW Stickers?

I know it’s a bummer.

Especially if you’ve already bought some. Money wasted = no fun.

The truth is, good marketing can make something sound legitimate and authoritative when it’s really not, so don’t feel bad.

SO with that said, I encourage you to either

However, if you encounter a few problems, try these tips:

If there’s residue left behind, you can just scrape it off or apply something like Goo Gone then wipe it off.

What to Use Instead of Anti-Radiation Stickers

For increased protection from risky radiofrequency radiation, consider a shielded phone pouch and or case like these…

Forget those fake EMW stickers, which have no useful effect.

Instead, check out this phone wallet case by Defender Shield.

Cases like these can block over 99% of cell phone radiation that’s emitted from the face of your phone.

This one in particular is specially made with multiple layers of advanced radiation-shielding technology.

I like it because it doubles as an RFID-blocking wallet that can hold your cards.

But ultimately, I like it because it reflects radiation away from you while you’re using it during a call.

Another option is the SYB Phone Pouch, which is an excellent choice for deflecting 99.9% of EMF radiation away from you. 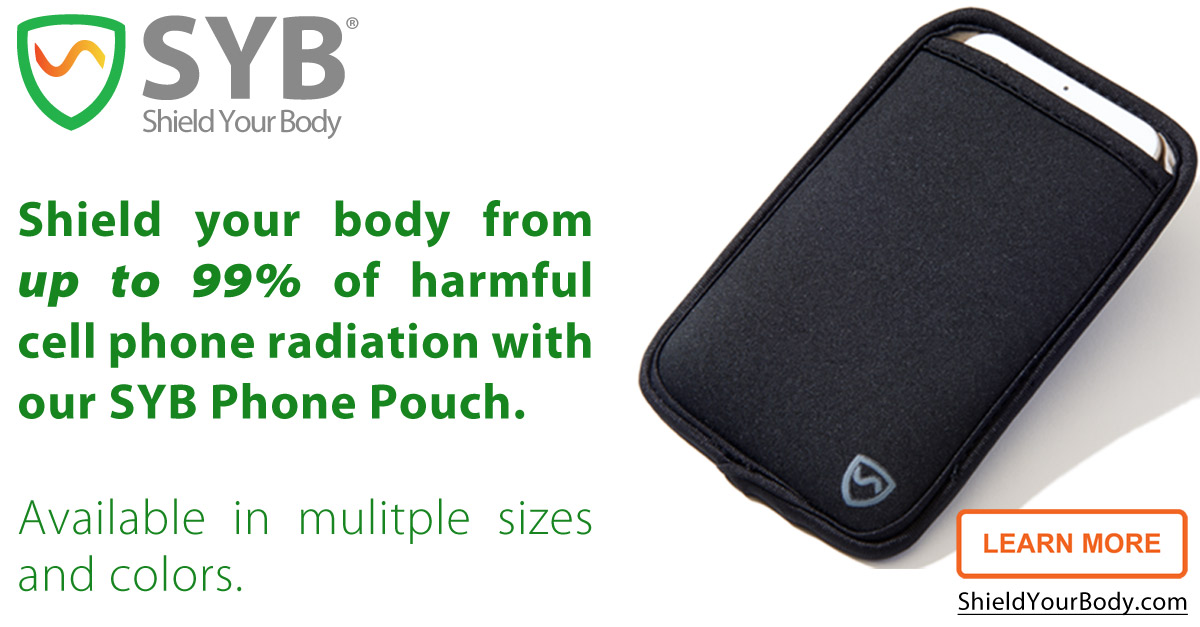 The pouch is layered with fabric and threads of thin gossamer metallic thread that works as a shield against radiation.

Apart from its protective quality, the pouch is also made with 3mm neoprene for comfort.

Check it out here.

I hope this quick guide helps you not fall prey to the sticker scam!