Computers have given us access to never ending information, entertainment, and even work efficiency.

But that might come at a cost since computer monitors emit radiation.

Is it enough to be concerned about?

Let’s look at the different types of radiation you might be exposed to and see if we can answer that today.

EMF stands for “electromagnetic fields,” and the effects of the radiation they emit are very real.

Even the World Health Organization admits that EMF radiation at certain levels can trigger symptoms like headaches, stress, suicide by depression, vomiting, fatigue, and loss of libido.

The good news is that the emissions from most computer monitors are low and emanates from the rear circuit of your monitor.

And you’re really only affected if you are less than a foot away from the screen.

X-rays are essential in the field of medicine, but you’ve probably heard how you shouldn’t get too many if you can help it.

That’s because they emit a dangerous form of radiation – and the reason why they give you that protective apron to wear.

But x-ray radiation isn’t limited to doctor offices and hospitals.

It also emits from some computers.

However, it’s only the old Cathode Ray Tube (CRT) Monitors that emit x-rays.

You remember those old, chunky monitors that your parents used to have in the 90s? That’s what I’m talking about.

Of course, they emit far lower levels of radiation than x-ray machines, but it’s the low, yet long-term and everyday exposure that’s concerning.

A lot at one time or a little over a long time can still result in some pretty serious side effects.

UV light is a wave found beyond the visible light range that emits ultra-concentrated levels of energy.

This energy is dangerous because it can alter the structures of living cells.

Computer screens used to emit low levels of UV radiation, but today’s LCD screens do not.

So if you still have one of those old CRT monitors, I highly suggest you upgrade.

Modern computer monitors do still pose one threat when it comes to light, and that’s blue light.

While blue light itself is nothing new, its effect on us is since the rise of tech screens – whether computer, cell phone, laptop, or tablet.

All of which emit this form of light.

An interesting note about blue light:

It has the shortest wavelength among the visible lights, and the shorter the wavelength the more energy produced and the more concentrated its impact is.

As such, blue light has been implicated in the onslaught of macular degeneration – a deteriorating condition of the eye. Studies suggest that too much exposure to blue light damages light-sensitive cells in the eyes.

Blue light is also the culprit behind sleepless nights, following hours spent surfing the web. That’s because blue light has been shown to disrupt melatonin – the sleep hormone.

How to Measure Radiation from Your Computer Screen

Most people don’t even realize their computer emits radiation.

So their first thought after finding out is often “How much?” and “Is it toxic?”

Fortunately, you don’t have to guess.

You can find out exactly how much, and then use that information to do something about it.

An EMF meter can detect emissions at different distances from your computer monitor by just pointing it in the right direction.

Readings are given immediately via a digital number along with an indicator bar that goes from low to high.

Tips to Reduce Your Exposure

No one likes to be constantly exposed to radiation, which is only growing worse with the rise of computer use.

To reduce the risks of radiation, we have to either eliminate the source or control the levels of it.

With this in mind, there are three basic steps to avoid exposure:

One of the easiest ways to avoiding being exposed is to keep a reasonable distance from the device. That’s easy to accomplish with TVs and radios, but it’d be hard to keep 3 feet away from your laptop or desktop computer.

So we go to the next way…

This takes discipline and often a re-working of your schedule. If you have to use a computer for work like I do, it’s virtually impossible.

So it’s the third way to the rescue…

Most people have never heard of them, but there are shields aimed to reduce our exposure to radiation from computer monitors.

Let’s look at some of the most effective options.

Best Computer Monitor Shields as of 2019

This shield provides shielding from both electric and magnetic radiation given off by your screens. It acts as a cage that positions itself at the back and sides of the computer, which are the emission points of the monitor.

This anti-radiation film is designed to block radiation from cell towers, Wi-Fi, smart meter radiation, and more that leaks in through windows.

However, it can just as effectively be applied to your computer screen. 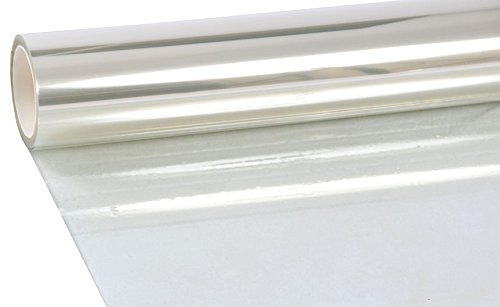 Unlike the two products mentioned so far, this Screen Protector exclusively obstructs blue light. It’s not mean to attenuate radiation but to shield your eyes from the harmful effects of blue light.

It can be fastened by attaching a strap to the screen or by placing Velcro strips on the screen’s frame. 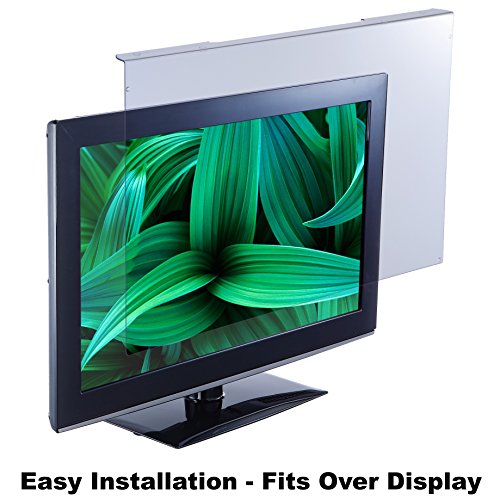 Do computer monitors give off radiation?

Just in case you skipped to this section 🙂

Yes, but it’s mostly the old CRT monitors that are concerning. Newer LCD screens don’t emit as much. The more immediate threat stems from the blue light they emit.

How much EMF radiation is emitted from computer monitors?

How do I block EMF from my computer?

You can’t block EMF radiation entirely, but you can reduce it by using monitor shields or just staying a reasonable distance away from your screens.

Is radiation from computer monitors harmful?

Monitors emit such a low level of radiation that most agree it’s not a concern. However, even low levels over long periods of time have induced side effects like headaches and depression.

No, LCD monitors do not emit UV radiation.

CRT monitors are more dangerous and harmful than newer monitors as they leak both X-ray and UV radiation in addition to electromagnetic fields.

I hope this guide helps you understand a bit more about your computer monitor and the radiation it emits. Let me know if you have any questions!